Why Deterring Criminals from Striking is So Important

There are many ways to protect a property. Some common solutions are alarm systems, security guards, and surveillance cameras. However, when you’re choosing a security system, one important factor to consider is how well it deters criminals. That’s because, if you can deter someone from striking before they get a chance to attack, you’ll save yourself a lot of time, money, and hassle. 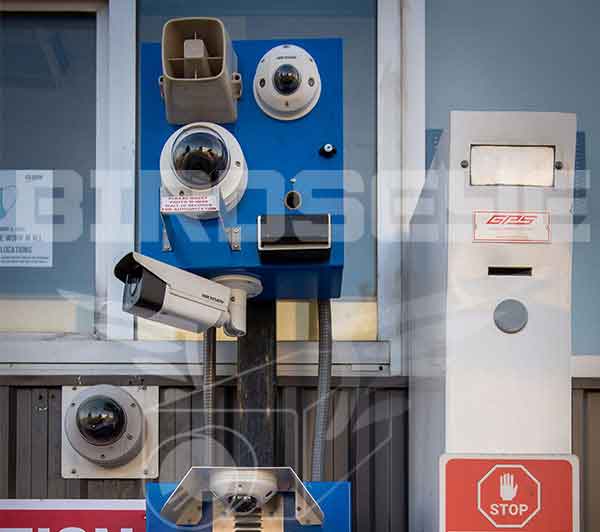 When criminals break into a business, they don’t care how much damage they cause. They’ll break, destroy, and damage whatever is necessary to get to the assets they’re looking for. This includes damaging gates, breaking down doors, cutting through fences, and other significant property damage. Even if a criminal is stopped at this point, and they’re not able to steal anything, you still have a serious problem.

You’ll need to spend money to repair whatever has been broken and you may have to modify your hours or even close your business while the repairs are done. These expenses and interruptions can be devastating for a business.

Therefore, it’s important to take steps to deter criminals from striking at all. A system that keeps them from causing damage to your property is considerably more valuable than one that alerts you once a crime is already underway.

To figure out which security tools deter criminals, consider what would stop a criminal from breaking into a site. For most criminals, the main reason they wouldn’t break into a property is because they don’t want to be caught. Criminals know that the less time they spend at a property, the more likely they are to get away with their crime.

For this reason, they tend to try and break in, get what they’re looking for, and leave the scene before the authorities can arrive.

This strategy helps them get around alarm systems. That’s because an alarm system only sounds once the crime has already started. These systems are triggered to sound once a door is opened, a window is broken, or someone trespasses onto a property. However, once the alarm is activated, the crime is already underway. The criminal has already caused significant damage.

Even if they’re caught right away, you still have to deal with the costs of repairing what has been broken. Unfortunately, they’re not often caught right away. Even if an alarm is designed to immediately call the police, it will take time for them to arrive. This often allows the criminals to escape.

Another potential issue with alarm systems is that there’s no way for police to verify the crime when the alarm sounds. This leaves open the possibility of a false alarm and, thus, police may not place a high priority on this call.

Therefore, alarm systems tend to be less effective at deterring criminals than other tools. Surveillance cameras, on the other hand, have more success. However, it’s important that the right camera system is used.

Choosing the Right Security Cameras for your Business

As mentioned, criminals do not want to be caught in the act. You may think that being identified on a security camera would deter them, but unfortunately it can be very easy to hide your identity on camera. Wearing a mask, hood, or scarf over your face will make it tough to identify you on camera. Criminals know this.

They also know that if they can leave a scene before the authorities arrive, catching them later on is very tough, even if you have security footage.

In this respect, many unmonitored surveillance cameras fail in the same way that alarm systems do: They don’t provide value until a crime has already happened. Criminals know they can conceal their identities and strike, even if cameras are installed.

However, when cameras are monitored, the situation changes. Remote monitoring systems involve surveillance cameras, two-way speakers, and other security tools. They are watched over by security professionals at a central station.

What makes these systems incredibly successful is that remote agents can spot suspicious activity and respond to resolve it before it becomes a crime. This prevents property damage and loss.

Another security service that can spot suspicious situations and respond to them to prevent a crime is onsite security guards. However, guards have several limitations when compared to remote security cameras. 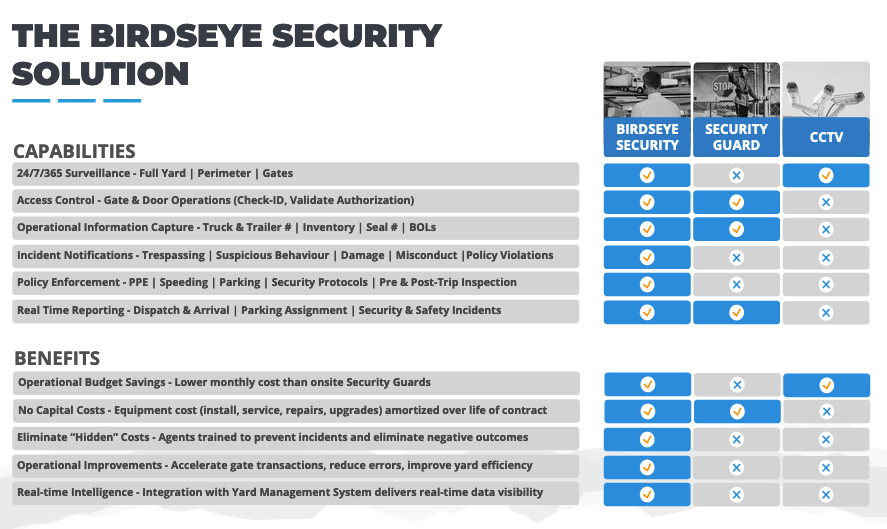 Remote monitoring systems deter criminals because they allow agents to act before criminals can strike. If a suspicious person is noticed by remote staff, agents can communicate with the person and let them know they’re being watched and that the police will be called if they do not leave.

Police tend to place a higher priority on such calls because they know a verified crime is in progress. This will scare criminals away from your property, keeping your business safe.

For more information on remote monitoring, please do not hesitate to contact Birdseye Security Solutions today.