How to Stop Cargo Pilferage

What is Cargo Pilferage?

Cargo theft is a significant problem for many businesses along the supply chain. One of the most common types of theft is cargo pilferage. This involves stealing smaller amounts of cargo and, in some cases, items that individually have little value. 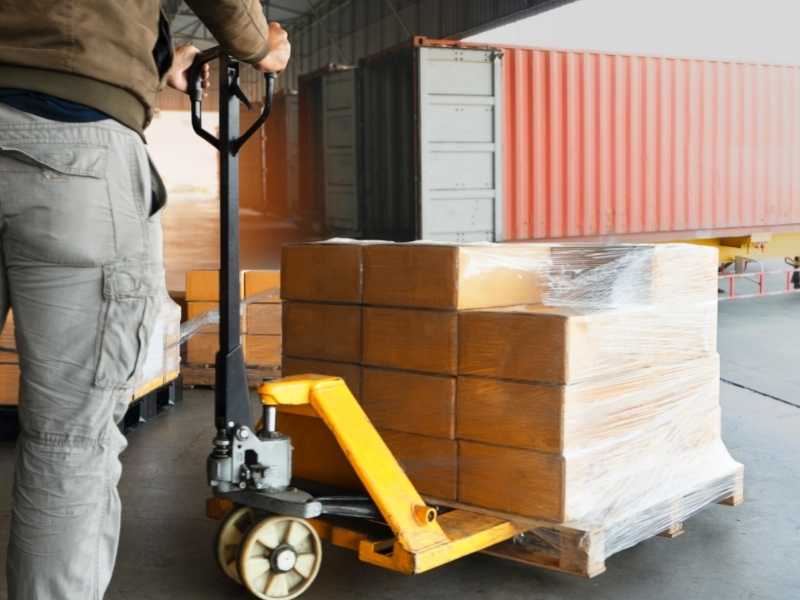 In many cases, stealing just small amounts is profitable for criminals. If they can take a few items from one truck, a few more from a different truck later, and some more from a third truck down the road, they can potentially get hundreds or even thousands of dollars of merchandise without much effort or risk.

Pilferage is one of the more common cargo fraud tactics because it is difficult to detect.

If an entire trailer is emptied or stolen, there’s a good chance that this crime will be noticed quite quickly. However, if just a few items are stolen while the truck is parked in the yard or stopped at a rest stop, the crime may not be recognized for quite some time.

The criminals will likely be long gone before anyone realizes what happened.

Another reason criminals tend to prefer cargo pilferage crimes is that, while the profits can be quite high, the potential consequences, if they are caught, are relatively low. This is a risk that many criminals are willing to take, especially since their chances of getting away with their crimes are quite good.

It’s important to understand cargo pilferage and how it happens so that you can take steps to prevent it.

One way that cargo pilferage happens is that criminals strike trucks while they are parked at rest stops or other such locations. Since only a small number of items are taken in these crimes, drivers may not notice that anything is wrong. In fact, no one may notice the crime until long after the goods have been delivered.

Sometimes, criminals even follow drivers as they leave the yard, waiting for them to stop. They then strike quickly and get away before they can be spotted.

In some cases, employees take items off trucks in the yard. They may then sneak them out of the property later, or they might leave them somewhere near an exit so that another set of criminals can come by later and pick them up.

Why Does Cargo Pilferage Happen?

As mentioned, criminals tend to prefer pilferage crimes rather than larger thefts because the stakes are lower for them. They’re much less likely to be caught and, even if they are caught, the consequences tend not to be very severe.

It’s also quite easy for criminals to quickly sell the items they steal on the black market. This not only means they can realize a profit quite quickly, but they can also get the stolen goods out of their hands, which makes it nearly impossible to prove that they committed a crime.

How to Stop Cargo Pilferage

One way to stop pilferage is to make drivers aware of it. When they stop their vehicles, make sure they know the importance of always making sure trucks and trailers are locked so that they keep the keys with them. Drivers should also get into the habit of always parking their trucks in well-lit, easily noticeable areas.

Criminals do not want to get caught in the act, so they tend to strike trucks that are parked in out-of-the-way locations.

It’s also a good idea to suggest to your drivers that they do a security inspection whenever they return to their vehicles. They should look to make sure that everything is still locked and that nothing has been tampered with. If the cargo was stolen, the sooner this is recognized and reported, the more likely it is that the criminals will be caught, and the stolen goods recovered.

At truck yards and other such areas, live remote monitoring services can be used to stop cargo pilferage. With these systems, live agents watch over the property 24/7. If they notice any suspicious behavior (such as staff taking items off a truck or leaving certain items out and near the exits), they will use the system’s two-way speakers to communicate with the site, inform the person that they are being watched, and tell them that management has been contacted.

Agents will then file a report with the company and include video footage to show exactly what happened.

Live monitoring agents will also watch the perimeter of the property and react to stop anyone who looks to enter the site or tamper with it in any way. They can immediately contact the police to deal with criminals before they strike.

For more information on live remote monitoring and how it can keep your assets safe and prevent cargo pilferage and other crimes, please contact Birdseye Security Solutions today. Our team works to protect truck yards, warehouses, factories, and many other properties from crime.