Professional Tips for Installing Security Cameras on a Large Yard

Many people recognize the strength of security cameras. It’s obvious that criminals do not want to get caught. They want to break into a property, commit a crime, and leave before anyone can react. One way to deter them from striking is by installing security cameras. Criminals who don’t want to be caught likely won’t want their actions recorded on video either. 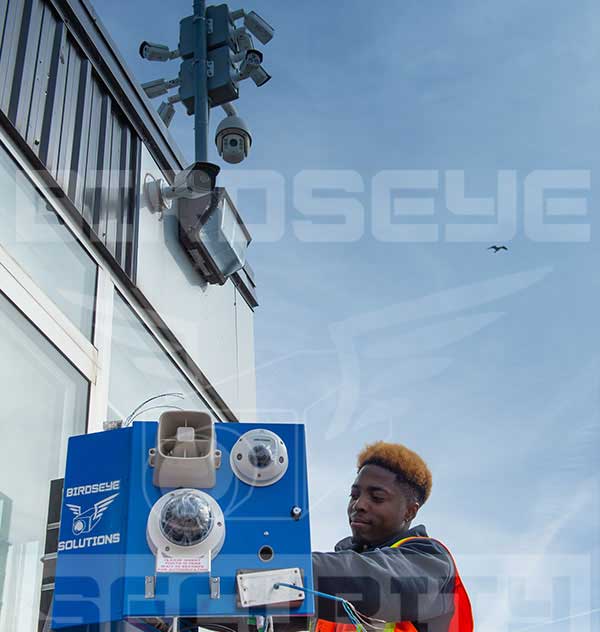 However, there are many factors to consider when you’re installing security cameras on a large yard or at any other property. The first is the position of the cameras.

One advantage that security cameras have over other tools (such as security guards) is that they can see more of a property. Guards can only see so much, even if you have many on site (which can quickly become quite expensive). Plus, they often have trouble seeing at night or in certain weather conditions (such as fog or rain). Therefore, when you install cameras at your property, you’ll want to make sure they are positioned so that they can see as much as possible.

Different cameras have different fields of view, so you’ll want to take this into account. You’ll also want to consider the surroundings and how they may affect your camera. For instance, if your camera is in an area where the sun will shine directly at it for most of the day, this could affect the quality of the footage. The same is true at night if the camera is pointed right at a bright light source (such as a streetlamp).

You’ll also need to think about what areas you most want to have footage of. Ideally, you will want to watch over as much of your property as you can, but if you are installing security cameras on a large yard, and you have a limited number of cameras, this may not always be possible.

There are certain areas that are more important to protect than others. The main priority should be protecting your entrances as well as the perimeter of your property. Don’t just think about the main gate or the front door. Criminals often look for alternate entrances, such as side doors, windows, garage doors, and other such locations.

It is also a good idea to position cameras so they can record what is happening in any common hiding places. For instance, if there is a large plant near an entrance, you may want to install cameras so they can see behind the plant. Otherwise, criminals will hide in this area and wait to strike.

Finally, it often makes sense to install cameras at least ten feet from the ground and away from anything criminals can stand on. The last thing you want is a criminal tampering with your security cameras.

In addition to properly installing security cameras on a large yard or other property, it’s also important to understand the differences between monitored and unmonitored camera systems. Monitored cameras simply record footage that can be viewed later. The primary purpose of these camera systems is to provide evidence that can help understand what happened at a crime scene. Unmonitored cameras may deter criminals in some situations, but many criminals know that this footage will not be watched until after they are long gone from the scene. Therefore, many cover their faces and commit the crime anyway, knowing the chances of them being identified are quite low.

However, with monitored cameras, security agents are always watching. Not only will the monitoring company install the cameras so agents can view the entire property, but they’ll also install two-way speakers instead. If any suspicious activity occurs, agents can use the speakers to communicate with the site and inform the criminals that they’re being watched. If the criminals do not leave the scene, the police will be called. This is a significant deterrent.

How to Set Up Security Cameras in Yard Situations

Truck yards, parking lots, warehouses, industrial sites, and other large properties are often difficult to manage and secure. That’s why many such businesses choose to use security cameras. After all, not even onsite security guards can see everything at a property. However, if you’re going to set up security cameras in yard situations, it’s important to position the cameras in the best possible manner. 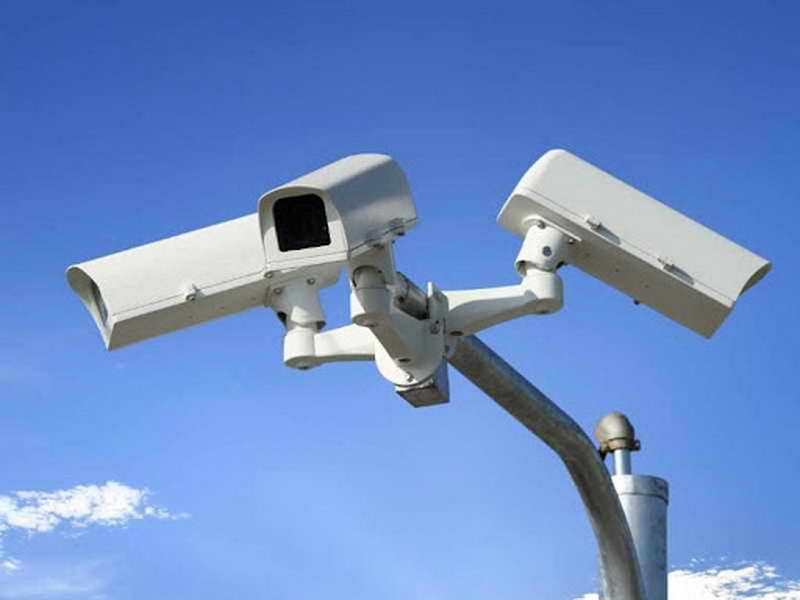 Here are some tips for properly positioning security cameras:

Many cameras are unmonitored. This means that they record footage, but that no one is watching the footage until a situation occurs. Some unmonitored cameras are designed to alert you if they capture motion, however, but they are still not watched regularly and they aren’t watched live. This can be an issue because, by the time someone watches the footage, it could be too late.

When live security agents are watching cameras 24/7, they can react to situations before they become crimes. Compare this to cameras that are unmonitored. If no one is watching the cameras, no one can respond until a crime has already been committed. Criminals move quickly. Once they break into a property, it’s often only a matter of minutes before they get what they’re looking for and leave the scene.

If the authorities are only contacted after the crime begins, the chances of them catching the criminal in the act are quite low.

However, if a trained security team is monitoring the property, they can intervene before the crime happens. For instance, if agents notice someone acting suspiciously outside your fence, they can communicate with them directly using two-way cameras. This lets the person know that they’re being watched and that the police will be called if they don’t leave the area. By acting before a crime has been committed, the property remains safer.

If you want to set up security cameras in yard situations or at any large property, it’s a good idea to think about the overall system and how it will deter criminals, not just where the cameras are positioned.

Positioning is certainly important, but it’s not the only factor to consider. For more information, please contact Birdseye Security Solutions today. We can help you find the right security solution for your situation.