Rail Yard Perimeter Security Threats & How to Stop Them

Rail yard perimeter security is important. That’s because criminals often target these sites. Not only is theft a common problem, but so is vandalism and even potentially terrorism. These crimes cost rail companies and other businesses millions of dollars each year.

Plus, due to the incredible importance of railways for commerce, the protection of rail yards is often a matter of national security. 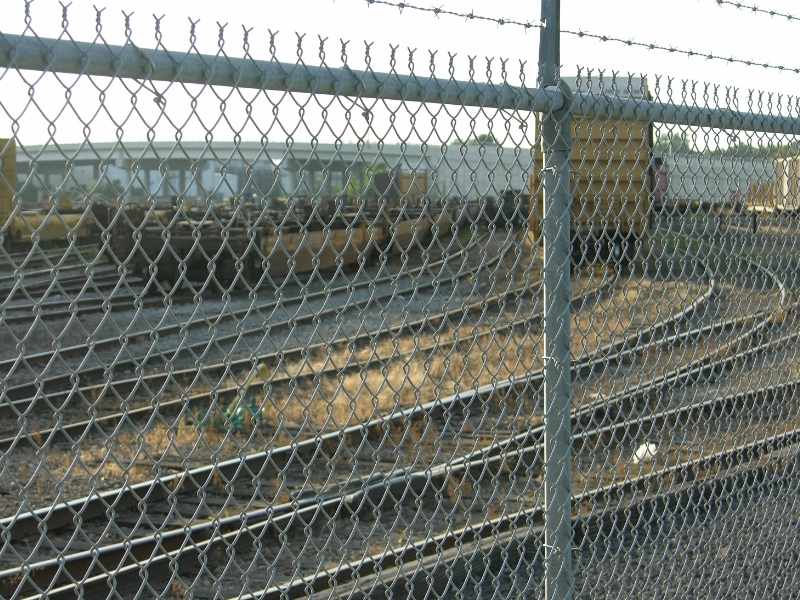 Even graffiti on train cars can portray a negative image and make it seem like security is weak and crime is out of control. This is not something that any railway operator or logistics provider wants.

To properly protect rail yards, it’s crucial to learn more about the most common rail yard perimeter security threats so steps can be taken to prevent crimes before they occur.

The Importance of Protecting the Rail Yard Perimeter

One of the best ways to secure any site is to strengthen perimeter security. That’s because doing this keeps criminals out and it’s much better to keep them entirely out of your property rather than risk having to catch them once they’re already inside.

Criminals move with speed. Even if you have security guards or other security tools inside your site, criminals can get in quickly and get out just as fast. They can cause significant and costly damage even if they’re not able to steal anything. This damage can cause serious disruptions and even potential injuries.

Therefore, keeping criminals out of the site entirely is preferable and this goal can be accomplished by choosing the right rail yard perimeter security options.

When it comes to perimeter security, there are several options. Understanding these options, their strengths, and their potential weaknesses is the key to making the right choice for a railway yard.

Some of the most common perimeter security choices at rail yards are fencing, alarms and motion detectors, and live remote monitoring. Fencing is a crucial tool. It acts as a physical and visual barrier, letting everyone know which portions of a property are off-limits.

However, most fences are relatively easy to get through or around. In some cases, they can be climbed while in others they can be smashed, cut through, or otherwise damaged. This means that, while they can slow criminals down, fencing on its own is not enough to stop criminals. Serious criminals, who know how profitable it can be to rob a cargo train, for instance, will still try to strike the site.

The second type of security that is often used is motion sensors and alarm systems. While these tools may have their place, we’ve mentioned the importance of stopping criminals before they strike rather than trying to catch them after.

Alarm systems and motion detectors primarily serve to draw attention to crimes that are already in progress. For instance, an alarm may sound if a criminal cuts through a fence or enters a restricted area. However, since most criminals get in and out of a scene very quickly, by the time you are alerted to their crime and respond to the situation, it could be too late.

Many rail yards often have security cameras or CCTV camera systems in place. However, unless these are monitored live by security agents, these tools primarily serve to capture evidence of crimes. They don’t usually deter criminals, since they know that covering their faces with masks, hoods, or scarves makes it nearly impossible to identify them.

However, live remote monitoring services turn security cameras into proactive tools. Trained security agents are watching these cameras 24/7. Suppose they notice any sort of suspicious behavior (such as someone skulking around the perimeter fence, looking for a way to get in).

In that case, they will immediately use the system’s two-way speakers to inform the person that the site is protected by security and that police will be called if they do not leave immediately. This deters criminals from striking and keeps them out of the rail yard where they could do significant damage.