What is Live Video Surveillance and How Does It Work?

What is a Live Video Surveillance System?

Live video surveillance (also called remote video monitoring) starts with a series of cameras that are watched over by security professionals. These cameras are monitored at all times, providing 24/7 protection. However, a remote monitoring system includes more than just cameras. The power of these systems isn’t just in seeing what’s happening, but also in reacting as needed. 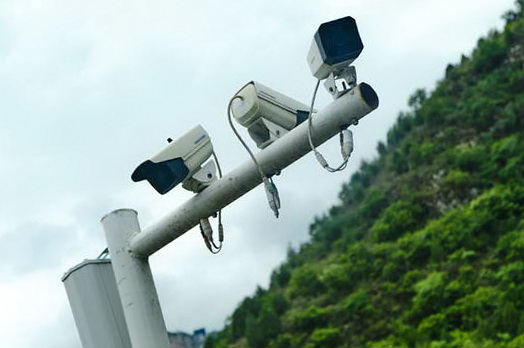 This is why live video surveillance systems often also include speakers, lights, and other security tools. If something unexpected or suspicious happens, remote security professionals can initiate a two-way conversation or contact the authorities if needed. When contacting police, they can provide them with full details of the incident. By doing this, the authorities will have much better information than if they are only told that an alarm has sounded, for example. They’ll be able to go into the situation knowing what to expect.

The Advantages of Remote Video Monitoring

A quick response isn’t the only benefit to monitored video surveillance. There are several reasons to choose remote video monitoring.

One is that cameras can be used in nearly every area of a property. At a large industrial site or truck yard, for example, there is a lot of space to cover. By strategically locating cameras throughout the property, not only will the entire perimeter be protected, but it’s also possible to secure the complete interior as well. This makes it possible to prevent trespassing, vandalism, theft, and many other crimes, no matter where they may occur in or around your property.

Another significant advantage is the data and reporting capabilities of a live video surveillance system. All information is logged – from access requests made at your front gate to any suspicious incidents that occur. All cameras are layered with artificial intelligence, so they not only capture more information, but they record this information as well. The result is a complete picture of what’s going on at your business at any given time.

In addition to preventing crime, remote video cameras can also ensure that company protocol as well as safety and security rules are followed. For instance, monitored cameras can make sure staff are wearing the required safety gear on the job. If this rule is not followed, the security team can relay this information to the business owner in real-time. By using live video surveillance, your business will become safer, more secure, and more efficient.

It’s only natural to compare live video monitoring to other security tools, such as security guards. In fact, traditional onsite security guards tend to be one of the more common types of security at large industrial sites and trucking yards.

However, while security guards can certainly notice crimes and suspicious activities, and respond as needed, having enough security guards to monitor every inch of your property 24/7 can be very tough. Not only is doing so a significant logistical challenge, but it can quickly become incredibly costly.

Of course, video monitoring has clear advantages over other more passive systems such as alarms or unmonitored cameras. Sounding an alarm can let you know that a crime is in progress, but it doesn’t react to the crime in any other way. Even if the alarm is designed to contact the authorities, it’s still only responding to a situation that has already happened.

It can’t deter crime before it occurs.

With live video surveillance, security agents can see suspicious activity as it happens and act to stop a crime before it takes place.

Plus, as mentioned, when cameras are monitored, the security team can give police specific details about the situation. This can help the police prepare and send the right staff to handle the crime. It can also potentially increase the urgency with which they respond.

With unmonitored cameras, footage can be recorded to provide evidence about a crime, but this information only becomes useful after the fact. It doesn’t prevent the crime from happening in the first place, so your property could still sustain damage and your business could still be faced with financial loss.

With remote video monitoring, you receive 24/7 protection at an affordable cost. For more information on how live video surveillance can keep your property safe, please contact us today.